The term of workout has many meanings. In its modern sense, it is a separate discipline combining the philosophy of building a strong aesthetic body, as well as demonstrating this aesthetics through simple or sometimes rather complex gymnastic tricks.

But that’s the modern sense. You may probably understand that workout, generally saying, is any kind of training. Powerlifting, bodybuilding, and even calisthenics are also a sort of workout, but more systematized. Workout is a rather old-school type of exercising and you should not think that it appeared quite recently. People interested in the development of their bodies were looking for ways of making themselves better from ancient times. Pull-ups, push-ups, and squats are all the simplest biomechanics that have been around for centuries.

What about workout nowadays?

You may think that a bunch of people once decided to just take and popularize the workout? No, this phenomenon has a cultural background. Workout is first of all an opportunity to train anywhere, without using additional equipment or attending expensive gyms.

However, as in any other kind of sport, without a progressive load, you won’t achieve much in workout. That is why many athletes use simple tools to increase the load – they use backpacks with sand, hitch barbell discs to their belts, and even use chains. In general, workout chains are a separate topic to discuss.

Chains are also quite an old-school phenomenon. Heavy steel chains have been used for more than a couple decades, but still, they reached modern workout relatively recently. Steel chains pursue one goal – to provide variable load. They are easier when they are lying on the ground, and they become heavier when they are straightened and add some weight to the body weight of an athelete. That is why their use produces such a good effect on the explosive power. And this thing is very important in workout.

In which exercises chains for workout can be used? Well, in any. Name any exercise of your routine and be sure that you can easily add chains there.

That is a short list of basic exercises where you can easily incorporate chains. And this list can be expanded if you have enough imagination.

How to exercise with workout chains?

If you have never used chains before, you should be careful. Sure, it all depends on your level and overall body strength, but for beginners there is a reliable system. Say you decided to do an 8-week training cycle with chains.

As you can see, everything is pretty simple. The weight of the chain is calculated from your own body weight according to the table. And as a result It will surely give you a chance to make your workout as productive as it has never been. 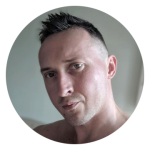 Our workout instructor. Despite the fact that workout as well as calisthenics promotes training in the most accessible form with a minimum of additional equipment, even Jake as one of the most convinced adherents does not refuse standard strength training. He does not cease to say that regular strength exercises not only shape the body, but harden the spirit as well. His classes reveal all the strengths and weaknesses of his clients, allowing them to balance their inner powers and steer them in a positive direction. If you have questions to Jake, just ask your question using the form.

Chains do what they are supposed to do. Just add them to your regular workout to see how different a usual set of exercises can feel.

I used to cling weights to my belt. Also used a chain for that. I was always skeptical about such chains as described in the article, until I tried them out. They give many benefits of variable load. And my muscles love it.